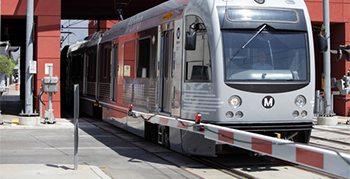 Anacortes Washington – Provided a specially designed rail boot for use on a new rail spur installed at Puget Sound refinery.

We also offer a variety of other elastomeric products used in the railroad industry. We have supplied the rail industry for over 20 years. For more information, please contact our sales team.